The Motley Crue Self Titled Album

Lately I’ve been listening to this album a lot. I’ve been a fan of it since it came out in 1994, as I’m a fan of Motley Crue in general, but when they said they got a new lead singer and were putting out a heavier album, I was intrigued. Unlike a lot of music fans and music critics, I don’t mind when a band is experimental or tries new things.

That was the biggest complaint, that they made too big of a change. The album didn’t sound like a Crue album. They should’ve changed their name. Blah blah blah. 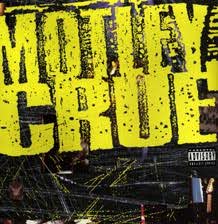 Critics hated it for the most part, and fans were super pissed that they got rid of Vince, no matter the reason. Despite the hate from critics, one thing they agreed on for the positive was John Corabi’s performance. He’s a hell of a singer, and one of my favorites.

To be honest, he’s a better singer than Vince Neil, period. Vince is awesome, don’t get me wrong, and he’s the reason Crue is who they are today, but putting him up against Corabi there’s no comparison. John Corabi is a rock singer through and through. So much so, that if Vince were to try and sing the songs off this album WHICH HE REFUSES TO DO (he hasn’t ever even listened to the album), it would sound terrible, guaranteed. Have you heard him live? He only sings about half of the words to each song. Corabi, however, when playing live with Crue, played some of Vince’s songs, and he sounded fucking great doing it. Because, as I said, he’s a better singer.
END_OF_DOCUMENT_TOKEN_TO_BE_REPLACED

Because we’ve both been unemployed for the last few months, and we were kicked off of food stamps, we’ve had to resort to food pantries to get us something to eat. I know it kinda sounds terrible, and it does, but it really ain’t that bad. Thankfully there are those people and those organizations who are out there helping people like us.

And since we’ve been getting them, we’ve noticed a bunch of different products from companies we’ve never heard of. It makes me wonder just where these products are normally sold. And if they’re big name products or cheapo, ripoff products. My standards aren’t that high, so it doesn’t matter to me, just so long as it tastes decent enough to keep down.

Just now I’m sitting here with the munchies something fierce (plus it is lunch time), and I decided to root through those boxes of food to see what we got. And I came across these…
END_OF_DOCUMENT_TOKEN_TO_BE_REPLACED

You may remember I recently wrote about how I want to give The Conners, a spinoff of the hit show Roseanne, a chance. Tonight I finally did.

This is the first time I’ve seen any of the new Roseanne or The Conners episodes, but I didn’t need to get caught up. It was pretty obvious what stories they’re currently on. Darlene’s child Harrison was wanting to go to college but knew she couldn’t afford to go, but Darlene tried to set her up with a college.

Also, Jackie was purchasing food for the restaurant, which looks to be in shambles, and bought too much, so Becky, who now apparently owns the restaurant with Jackie, was pissed.

Lastly, Dan had a girlfriend by way of Katey Sagal, also known as Peg Bundy. I gotta admit, that was a little strange seeing her on the show, considering back in the day she was Roseanne’s competition, and actually was the original mean mom on TV. I love her, though, and wasn’t upset to see her, it was just a little odd. I got past it.

So overall, the show has a different feel than the original Roseanne, which I didn’t like. The cast is the same, but it just didn’t feel the same. However, I do like it, thought it was plenty funny, enjoyed the new characters, and actually enjoyed the “new” old characters. They’re not the same people they were twenty years ago, and it shows.

I really enjoyed it, and look forward to watching more.

I wanted to write a nice review about my current cell phone on Boost Mobile’s website, which is where I got my phone through, but I discovered since the LG Stylo 6 came out, Boost stopped carrying the 5, and it’s probably for good reason.

My wife and I splurged and got new phones, and we each got a Stylo 5. I had the 2 and loved it, but somewhere along the lines, LG dropped the ball big time and came out with the 5, which considering how it operates, should’ve only cost a fraction of what it did and it shouldn’t have been given the Stylo name.

We’ve only had the phones a couple of months and already they’re slow as hell and unresponsive. I don’t have my phone loaded up with shit, either. No games, no music, no files. But when I try to close anything, a browser, Facebook, Twitter, it takes a good 5 seconds before the window closes.

The keyboard sucks. This goes under response time. I can have three or four words typed before the letters show up. Sometimes the keyboard closes out of nowhere, while I’m typing.

The volume either works great or completely sucks. The camera sucks.

The only thing this phone is good for, seriously, is the battery time. It stays charged all day on one charge, even with me using it most of the day to browse Facebook and Twitter. If I could get that battery in my next phone, I’ll be happy.

Overall I’d give this phone one star, for the battery, and I’d strongly suggest looking at reviews of the Stylo 6 before going that route, just to see if they’ve fixed these issues.

There was a time when I refused to like a celebrity because of something they did in their private life, which was a total hypocritical stance, since I argued that Michael Jackson was a musical genius regardless of what he did in his private life, until I was blue in the face. Because I’m from Cincinnati, I argued that Pete Rose deserved to be in the hall of fame, regardless of what he did off the field. Yet I was still adamantly against others for what they did.

Well, just now I decided to give it all up and move on. To enjoy those celebrities I had blocked from my life, never mind what stupid shit they do. I realized it while watching Roseanne.

Some of you may remember, Roseanne over the years has always been sort of controversial, like when she sang the national anthem at the baseball game, terribly, then grabbed her crotch and spit on the ground. I thought it was great. 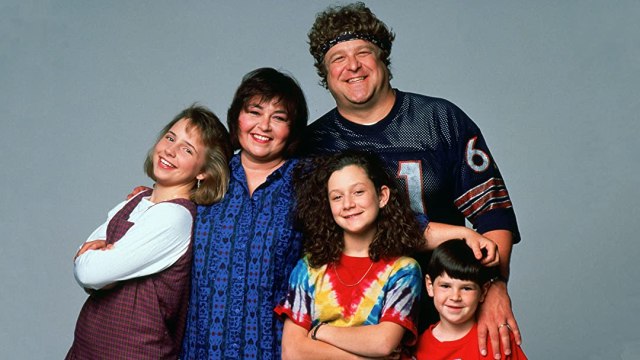 The every family family.

But then, after years of her show being off the air, she decided she was going to bring it back, and so she did, and it was a hit again. Until she made some racist comments and got herself fired from her own fucking show. Me? I hate racism in all forms. I’m a firm supporter of Black Lives Matter, and will always be one. What she said was terrible and her new show, after one season, was canceled. I was happy.

I even took time off from watching the old show. But I couldn’t help it. It was just on TV and I watched it, and I loved it just the same as I always have. So that’s when I decided it was time to let it all go. I want to watch the new shows, and though I haven’t seen one yet, I plan to binge them all ASAP. She may be a racist bitch in real life, but dammit if her show wasn’t one of the best of all time. I grew up with it.
END_OF_DOCUMENT_TOKEN_TO_BE_REPLACED

I know I haven’t been around in a while, and I actually forgot that I wrote that last article I did, but hopefully I’ll be around more in the coming weeks. I’ve just had a lot on my plate. With that said, I couldn’t let this one go. I’ve seen it so many times, and each time I get more and more pissed. I just saw it again and that was it. I had to post about it.

I’m not sure how big a store this place is. I know I have them locally, but I don’t know if they’re nationwide or what. I went there once to look at shoes and their selection was terrible. The place was huge but the aisles were wide, so they actually had trouble filling the space they built for themselves. They could’ve put in another aisle or two and filled it with the shoes they didn’t have, which was a lot.

Hell, that was years ago, they could be better now. But after watching this commercial, I doubt it.

The problem? The first guy, holding a box of Nike’s saying “You won’t find brands this amazing anywhere else!”

Really, asshole? Nike’s aren’t sold anywhere else? Nobody’s heard of them, then, right? They’re not the official clothing and shoe provider for like, every fucking sport on the planet?

Hell, Nike has their own stores and discount stores. I just don’t get DSW’s decision to have that guy say that while holding a box of Nike’s.

It’s not too upsetting to me, because I don’t shop there. Actually, I’d pass about 14 stores that sell Nike before getting to the nearest DSW. So yeah, I guess I’m just gonna continue not shopping there.

Just a small (slightly dickish) cog in the BIG machine known as life.

Whatever it will be...

Procrastinating, Kingdom Saving, and all other forms of Geekdom

Narrative of a Neurotic & Other Random Nonsense